You are here: Home / Archives for mvc 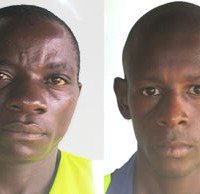 January the 16th 2009 will be a date remembered by all OnCourse staff. Two of the team lost their lives to a tragic Road Traffic Collision. Ronald Kato and Wilfred Tamale had finished work and were on their way home and going to the market /get a hair cut respectively. They reached the Kitende junction on Entebbe Road and as they were entering, the bicycle they were riding was hit by a 4wd vehicle. Kato was killed instantly and Wilfred died later that evening, in Nsambia hospital, of head … END_OF_DOCUMENT_TOKEN_TO_BE_REPLACED