You are here: Home / Mechanical / Coolant and Thermostats – Are They Necessary?

Water is great as a coolant. However, the disadvantages are it causes corrosion and evaporates easily when hot. 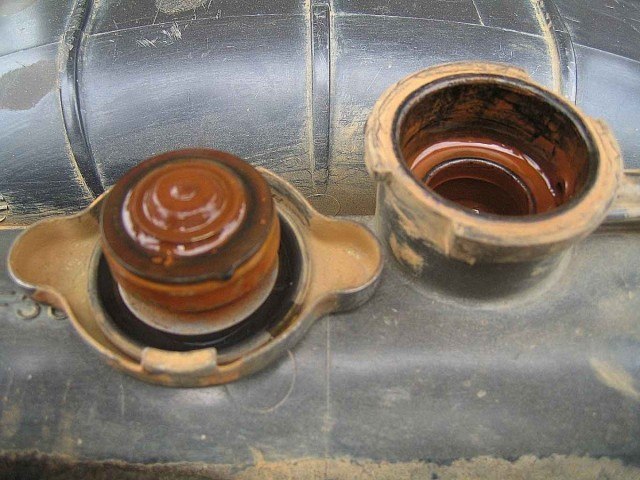 It helps prevent premature wear and tear to the cooling system parts and the engine as a whole. If there is a failure it won’t vaporise as quickly when the system does overheat. As long as you have kept an eye on the temp gauge!

It also makes it easier to identify an issue when doing pre driving checks. If there is a leaky hose it leaves a coloured deposit behind and it has a particular smell.

We run a 50% concentrate from ENOC with great results. I have had emergency cases where it has been necessary to top up with water but have always addressed that when I’ve got back home.

Taking a thermostat out, that’s working, is plain stupid.

If it’s not working correctly then it would probably be down to damage due to corrosion. (See above!).

It’s there for an important reason; it’s role is to maintain an even and correct engine temperature. Without it in place this vital aspect is not possible and things go wrong.

The basics are that if it’s taken out, the cooling fluid takes the path of least resistance and is allowed to bypass the rear part of the engine. All of this fluid gets cooled down quickly by the radiator. The front part of the engine runs cold and the rear part runs hot. Metal does not like being at dissimilar temps and to make things worse, most engines are made of dissimilar metals. All expanding and contracting at different rates. The temp gauge sender being on the front part of the engine sends a cold signal to the gauge. Generally nothing will be noticed until the gasket that seals the head to the block (normally dissimilar metals) fails! There is a reason why temp gauges have a middle, NORMAL temperature position.