You are here: Home / Driving / At the Sharp End

The capacity of any fleet to effectively do the tasks intended is the responsibility of everyone working in that organisation.  Everyone from the top down has to be involved otherwise standard operating procedures are never followed.  Consider it as a wedge if you like. At the sharp end of the wedge there’s the vehicle. 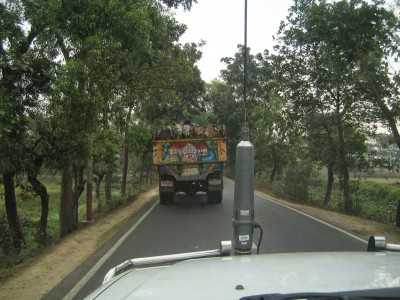 In my experience the role of the fleet managers’ team is usually played out in a small dark room with a few staff punching in data to find out the latest fuel consumption figures. Very little capacity is given to them and to the one person who has the potential to have the most effect on fleet capability, maintenance and safety – The Driver.

This person controls the sharp end of the wedge if you like. He/she have the biggest influence over safety and maintenance cost of the fleet. Whether the sharp end stays bright or gets dull.

Some organisations complain that they have difficulty running fleets in harsh environments and its part of the parcel that vehicles will break and/or continue to have collisions. They are saying it can’t be avoided.

Well it can. Effective driver training does pay off. Note the word effective.

Driver training as a fleet capacity tool has been seen as a waste of time in some quarters. Or some have seen that it doesn’t work. They are continuing to have the same problems. Some pay little or no attention to the drivers of the vehicles at all seeing them as one of the lowest of importance in the organisation. A mere driver.

If a driver has been well trained in correct vehicle operation, defensive driving and basic maintenance, (He/She does not need to be a mechanic) then it makes sense that they will play an extremely important part at the sharp end of fleet capacity and safety.

Some organisations have told me that the driver training that they have had in the past has not paid off. When asked what type of training the drivers have undergone I was told that they went on a one day work shop of purely classroom based training.

One particular client of ours was having a serious collision every 2 months. They have a large fleet with many representatives driving the vehicles. They had been carrying out driver training for the previous 10 years on an annual basis. All classroom based.

Now I don’t want to be seen as blowing our own trumpet but after completing training with a professional driver training company, one year down the road they have had zero collisions, fuel costs have gone down and overall maintenance costs have been reduced substantially.

Some argue that driver training is too expensive.  Some organisations don’t even see the need. The driver if trained may leave the organisation to get a better paid job. And, any way, has a driving license so therefore knows how to drive properly. These are generally the organisations that constantly have fleet problems.

Another fleet management tool that has become popular with many organisations is a GPS monitoring system or build on that system. 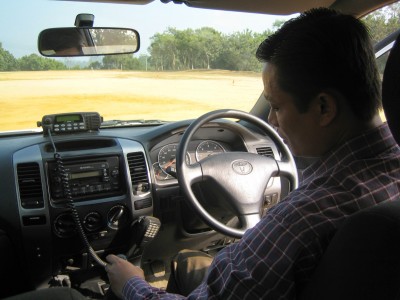 There are many types available on the market today ranging from the not very expensive to the complex ‘real time’ versions.

I agree that they are a valuable tool for monitoring fleets but I feel that they should not be seen as a driver training alternative. They should compliment each other.

In the lower to middle income countries where fleet management can be a headache, they are being considered as the way forward with fleet control. But in my experience they generally haven’t worked.

One reason for this is that drivers are not taught how to drive vehicles from motorbikes to large earth moving machines correctly and therefore have no idea that they are riding, driving or operating equipment safely and effectively.

An example of this is an International School that I had a meeting with recently. They recently had 2 bad collisions with the school buses. One killed a person and another ran into the back of a vehicle. With school children on board.  The person in charge of the fleet of buses wanted to have the drivers go through some driver training but it was seen as a bit expensive by the board and that another organisation was offering to fit a monitoring system into the buses so training was no longer required.

I know that the drivers of the buses do not know how to drive them correctly because they have never been shown. So how would having the system on board have any influence over the collisions that took place? They weren’t speeding at the time of the collisions; it was more than likely a case of poor observation, anticipation and a lack of know how of how to control the vehicle under emergency situations. No GPS is going to correct that.

Plus the fact that, a driver that has been invested in will generally have a different attitude towards their responsibilities and drive safer anyway.