You are here: Home / This and That / OnCourse and Carbon Neutrality

Good fleet management will have an overall effect of reducing fuel costs.  We deal with the driver issue. This is one the major area where organisations can safe fuel, therefore reducing costs and harmful emissions.

Recently OnCourse decided that we would take our responsibility one step further and look at becoming officially Carbon Neutral.

At first glance it all seemed pretty straight forward; we would need an audit doing by a qualified company, which does exist in Uganda.

After the audit we would then know how much carbon we need to offset. The trouble was that we would have to buy carbon credits to do this. This may be through buying credits from tree planting projects that are monitored by the UCB. 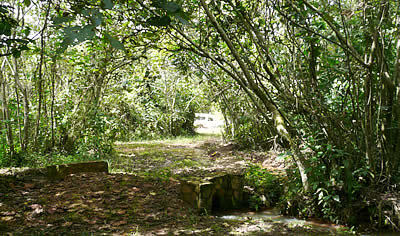 But we have 23 Acres of natural forest that every year just keeps growing. It is fenced off so there is very little encroachment. This is our driver training ground. The local wildlife seemed to have moved in as they also feel protected. So you may see the likes of bush buck, red tailed and vervet monkeys, snakes, mongoose and plenty of birds by day. On the night driving sessions we’ve seen serval and civet cats.

We have planted, over the years, a considerable number (well over 4,000) of indigenous trees as well as exotics. And we expect that in 10 years time to be the only section of forest left in our sub-county. 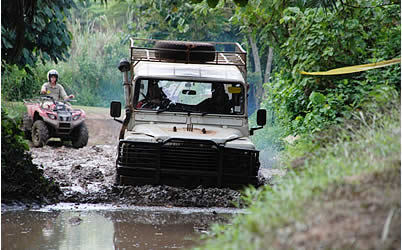 Unfortunately, our own site could not be used to off set our carbon!  We would have to buy credits.  I feel that this is being a little short sited by the companies that provide carbon off sets. We are not a big corporation that is situated in the middle of an industrial site with plenty of money to throw at their conscience. Maybe that’s the problem. As most of the carbon off setters are businesses.

There must be many companies that are in a similar situation to us. That want to go officially neutral but can’t have their own site/facility, which they want to invest in its development, taken into consideration.

So we have decided that this route is not for us. Why buy, as an example only, say 5,000 bucks worth of somebody else’s trees when we could use the money to plant our own on our own land. 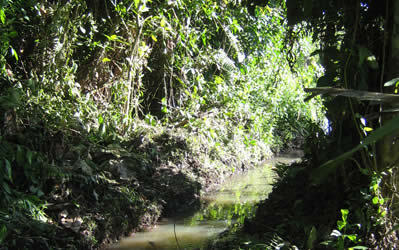 So unless something comes up you won’t see OnCourse having an official Carbon Neutral stamp. But you can bet that we’ll continue developing our little patch of tropical forest into not only a haven for the local wild life but into a carbon sink that will easily soak up our own carbon with some to spare hopefully.