You are here: Home / 4wd Vehicles / My Take on the 200 Series Toyota Landcruiser (review) 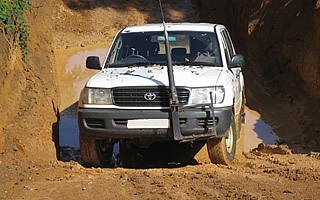 I think that the 100 series Land Cruiser is one of the best 4wd vehicles ever built. The GX part time 4wd version is great.

It has the best compromise available of all time for off road capability, on road handling and executive luxury appeal. It is the only large 4wd vehicle that could be armoured without any modification to the chassis and still maintained quite good handling capabilities with only up rated brakes and suspension.

Organisations throughout the world bought them. The UN alone still has thousands of them scattered around the globe.

For the conditions found in developing countries, this fairly simply built and very reliable vehicle became an icon. Nicknamed in many countries for its status and appearance. In Uganda they call it the Balloon and in Sudan they call it Monica! Rounded and curvaceous it is. Some would even say sexy. Better than the 80 series, also an awesome vehicle.

So what are these many organisations going to do when it’s time for new vehicles? Go for the 200 series?

If they are after “Bling,” then why not.  Good looking with loads of plastic spoiler to get spoilt and expensive to replace. Packed full of electronics, with fancy key entrance and related push button start.  Independent front suspension which in my opinion won’t last the harsh driving conditions let alone the harsh drivers found in lower income countries. 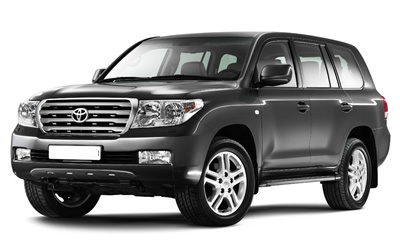 Picture being stuck in the middle of the Sahel with this vehicle failing to start? Or the electronic management system going down. A twin turbo V8 diesel.  Great if you want to nip down the Autobahn. But you don’t need that acceleration rate and speed knocking around most of sub Saharan Africa unless you want to end up on your roof. The 1HZ is a great engine even though doing the valve clearances are beyond the capabilities of most workshops. It has some low down grunt, not the whiz bang wheel spin ability of the V8. 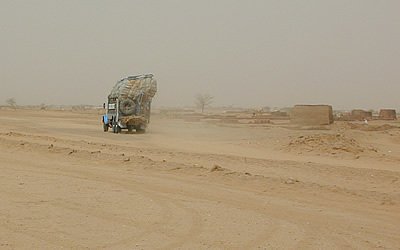 What were they thinking?

For the life of me I cannot fathom the reasoning behind the decision to end the 100 series. The 76 series 5 door doesn’t come any where near replacing it.

So what have Toyota been doing over the past few years or so?  Produced a new Hilux that doesn’t come up to the mark.  Got rid of the old model Hilux which even with independent front suspension (one of the best of the rigid front suspension systems out there) had a fairly good off road capability and reliability. And drove well on unsealed roads as long as you banged it into H4.

Made the 5 door boxy station wagon 76 series.  This will appeal to the NGO and maybe UN market. I don’t like it. It reminds me of that horrible Land Cruiser II that they had back in the early 90s. Gone the rugged 75 series.  But there’s the 78 series now you say. Still it’s not as popular as the 75.  Those front coil springs aren’t really up to the job if you ask me. If you are going to coil a vehicle, do it all round with decent springs that don’t knock the bump stops out within a short time.  At least Land Rover got that one right!

So enter Nissan.  I predict that they will probably take over the developing country, NGO and UN market in the relatively near future.  They already have with peace keeping missions for instance.

The new Nissan Patrol GX model in station wagon and pick up models is not bad at all.  I did a comparison for a client between the Patrol GX and the 100 series GX and the Toyota model just came out in front on drivability and service back up in most of sub Saharan Africa.  But if I had to do the same now the Patrol would be streets ahead for simplicity reasons alone. You can still do the valve clearances with a spanner, screw driver and a set of feeler gauges.  And the fuel system can take some abuse from poor quality fuel. I’m not sure that this will be so with the 200. It has a simple, strong and fairly flexible live axle beam suspension system front and rear that can and does deal with the rigors of driving in harsh areas. It also has a fairly good off road capability with LSD fitted in the rear axle.

Also, they can supply a rugged, simple double cabin pick up that comes with a rear diff lock as standard. The J83 model. This vehicle drives well and is simple to maintain. It just don’t look as nice as the Hilux. No Bling!!

Both of these models are ideal for field work in harsh environments with Patrol giving that executive appeal as well.  But then some organisations are governed by policy. For instance one organisation I was speaking to recently will only buy vehicles that have ABS and SRS for safety reasons. Both the Nissan models I have been harping on about may not come with those systems fitted as standard but a driver can be taught to carry out an emergency braking technique that can equal and if not better ABS on unsealed roads. And if a driver is taught and practices correct defensive driving techniques he/she stands a better chance of not needing SRS which once deploys in a remote field setting may be difficult to reset!

I have to thank my dear departed Dad for the title. He gave me two bits of engineering advice before I left home to join up. 1) is the title and 2) is “tight is tight too tight is broke”. Use a torque wrench. This is one that definitely applies to my neck of the woods. After joining up I came across the KISS principle which to this day I still try to follow.

Come on Toyota there’s a huge market for simple 4wd vehicles in the developing world why make it more complicated than it should or has to be?