You are here: Home / This and That / Vehicle Emissions in Africa

With the number of vehicles hitting the road, ever on the increase, a concern over the vehicle emission levels which some of these smoke billowing vehicles cause, is a major concern.

However, we have to face the fact, vehicles using the internal combustion engine, as a main source of power, are going to be around for a long time. Too many powerful countries and companies have a vested interest in keeping the status quo.

So, where can we lay the blame for the ever increasing amount of pollution being emitted by these crazy horses? Should it be proportioned to the vehicle user, society, to multinational fuel corporations or to the Governments? 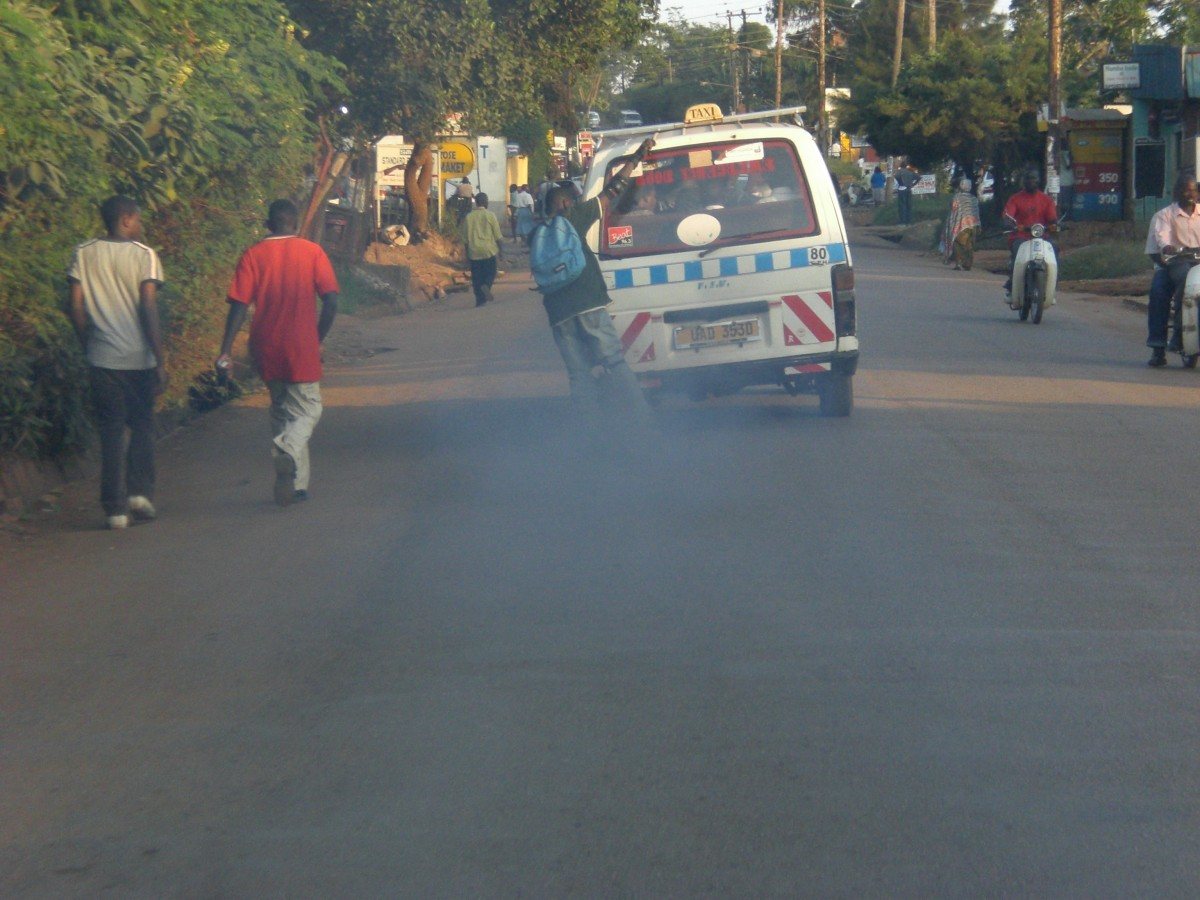 Let’s take the vehicle user first of all. If your vehicle is chuffing out inordinate amounts of smoke, then it means there is something wrong with it. The cause should be fixed before the situation gets worse, and you spend even more money on repairs. In the long run you will save money and improve fuel consumption.

Some countries force our hand into fixing the problem timely as the vehicle is subject to annual emissions test. Here, amongst other places, often no such rules exist or are flexible. Unfortunately, people seem to think more short term rather then consider the long term implications of their actions.

How about the multinational fuel companies then? In my personal point of view, they hold quite a lot of the responsibility – they are after all the the manufacturer /dealer of these noxious substances. Why for instance is the fuel quality in the “western world” cleaner /better than that which one finds in Uganda? The price is certainly comparable.

Petrol is not the only issue – the quality grade of diesel is also not as good. This leads to poor combustion under engine load (black smoke), increased amounts of sulphur in the exhaust because the sulphur level is of an horrendously high level, increased amounts of deposits left behind inside the engine because of poorer combustion which help to breakdown the lubrication qualities of the engine oil. All this leads us to having to spend more money on vehicles maintenance because of reduced service intervals. Let’s hope that the fuel companies also take the step of ensuring that Low Sulphur diesel is put on the same level of priority.

Finally, there are the Governments. In the end, they are the ones who lay down legislation, etc. I herald the decision by countries from the African Union, to phase out leaded petrol. But more needs to be done. It would be difficult, at the moment, for the Uganda Government to put into place an effective system for checking emissions on all vehicles, but I do think that the public transport sector and the heavy goods vehicles should be subject to some sort of test not only for emissions but also for safety.