You are here: Home / Driving / Be Prepared For Driving in Uganda

Driving in Uganda used to be described as a “series of near misses”. Unfortunately, this trend has now altered and we are seeing more and more MVCs happening. Why is this? Once this question has been answered then therein lies a solution. 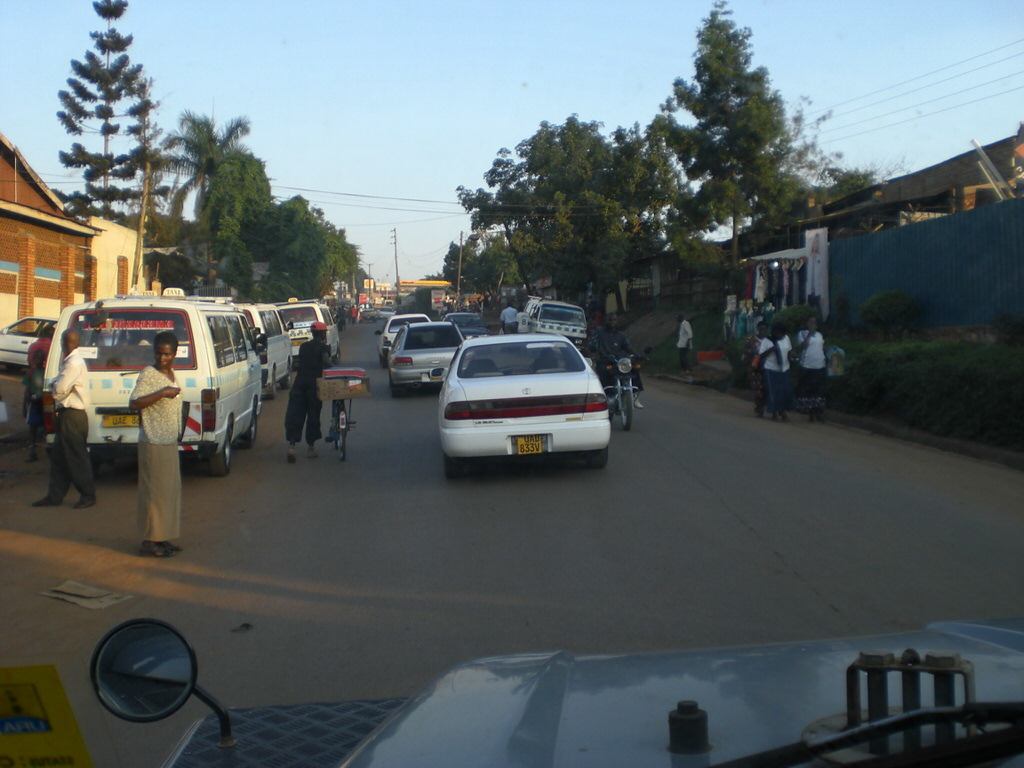 Over the last ten years the economic growth in Uganda, due to political stability, has progressed in leaps and bounds. Although this is a good thing it does have its knock on effects. It has, for example, led to a significant number of new vehicles hitting the road. Last year alone the figure was 2,000 vehicles a month. Therefore, we must conclude that there were 2,000 new drivers coming on to the road every month.

The level of initial driver training is poor, with incorrect information often given to the learner. For instance, a student may be told to put the vehicle into neutral and coast down a hill. The reason for this, apparently, is to save fuel! When approaching a round about another student asked, “Which lane should I be in?” The instructor answered, we don’t bother with lanes here in Uganda! These are just a few examples of many.

The majority of learner vehicles are in poor, if not unroadworthy, condition. You see some with the wheels wobbling looking as if they are just about to fall off. Some with clouds of exhaust smoke coming out the back. You think to yourself – he must be using more oil than petrol!! Some don’t have driving mirrors and some vehicles move sideways down the road.

Then to the driving test itself. You are taken on a short drive and then asked to reverse into an area marked out by four poles. You don’t really have to pass as there is an unofficial fee that you can pay and you receive the license regardless. Most applicants pay this fee, as it seems it doesn’t matter if you have passed, you won’t get the license until it is paid.

Now, all of the examples above may seem amusing and people who have lived in this region may say, “Well, that’s Africa”. But until the standards are raised for training and testing, the death tolls on the road will continue to rise and developing nations like Uganda will continue to spend millions of dollars a year to mop up the mess.

Dr. Alice Nangwa of the Ministry of Health reported that there were 11,486 road crashes in 2003 due to over-speeding and reckless driving. The estimated cost of MVC related fatalities and vehicle damage for the period amounted to approximately 300 billion Uganda Shillings (£100,000,000). This is particularly worrying if you consider the increase in vehicle ownership, rising from 100,000 in 1990 to 250,000 at present. Source: The Monitor Newspaper, Kampala, 9 December 2004.